Kolkata, the City of Joy, situated on the bank of the river Hooghly. 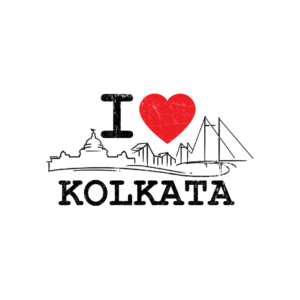 The city rich in Cultural Heritage, once was known as the Capital of our country.

The City of Joy is the city of love, comprised of Gobindapur, Sutanuti and Kalikata.

College Street in North Kolkata, gives the smell of books.

University of Calcutta being the first Indian University makes us feel honored with pride.

The City of Joy remains undefined without the cantilever Howrah Bridge and Princep Ghat.

Hot tea served in earthen pots, add a different flavour to the tea.

Hot rice served with Hilsa-Prawn, is all Bengalis’ sumptuous meal.

The City of Joy rich in festivals, is famous for its ‘Mishti Doi’ and ‘Rosogolla’.

Durga Puja, the grand festival, the city dressed up like a bride.

The idols have an undefined beauty, Kumortuli potters are the reason behind.

Land of Devotees, Land of Worshipers, Land of Temples from Dakshineswar to Kalighat.

The city of Joy is not truly visited if you missed Adeyapith and Belurmath.

Winter defines the picnic season, along with ‘Pithe-Puli’ as the dessert.

Midnight mass at St. Paul’s Cathedral and Park Street decks up in lights.

Kolkata, the City of Joy, I will love you forever!