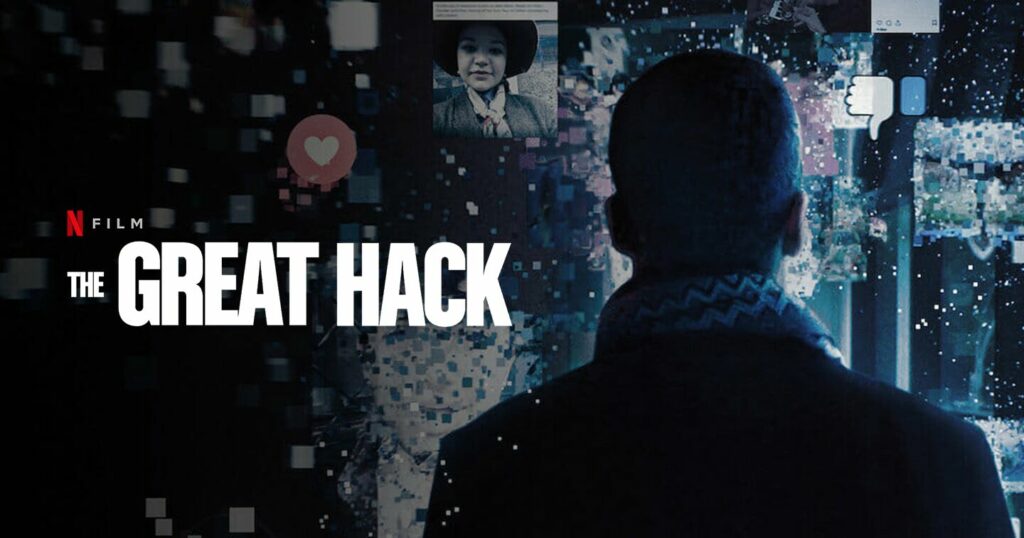 After 15 minutes of watching “The Great Hack” on Netflix, my first thought was “Do I leave Facebook Now?”.

This brilliant documentary of how our data is being manipulated against us and rendering us as mere puppets in the hands of marketing agents is a real eye-opener.

The story revolves around the case of Cambridge Analytica, a Data Science company or so it likes to call itself, which was accused of manipulating key events including the 2016 US Presidential Elections and even Brexit.

The jaw-dropping revelations from the whistle-blowers keep coming from all ends and we as the new-age digital consumers are left with our mouths wide open at the ghastly crimes being committed by the people we trusted our data with.

The entire documentary is well-designed and directed and it gives you the narrative from everyone’s perspective.

Actually, In March of 2018, Channel 4’s sting operation on the chief people at helm at Cambridge Analytica opened a Pandora’s Box and sent seismic waves throughout the online world, the aftershocks of which the world is still reeling from. Alexander Nix, Ex-CEO of Cambridge Analytica, boasted of how their company used all sorts of duplicitous and unscrupulous methods to sway the voters in several countries.
The Great Hack guides us through this deep rabbit hole and exposes the level to which a few key people and companies have to weaponize data.

The narration takes place through the perspective of three protagonists; Professor David Caroll who is using UK law to reclaim his data held by Cambridge Analytica and two whistle-blowers, ex-employees, who come to terms with their guilt and set out to right the wrongs they have made in their careers.

Also in focus is Facebook’s role in allowing Cambridge Analytica to mine the data of its users through advertising, quizzes, and apps and how much of this mining took place without the consent of the users.

The Great Hack does a great job of explaining the role played by institutions to brainwash public opinion but one can feel a one-sided and liberal bias in the documentary. The two major events shown are the 2016 Trump victory and Brexit and in both cases, the conservatives triumphed.

Although you can watch the documentary to review Cambridge Analytics-Facebook-Trump 2016-Brexit, don’t expect it to change your worldview.

In my view, Regardless of one’s opinion of the film’s tone, this is a must-watch because so many people need to be made aware of the dangers of data misuse.